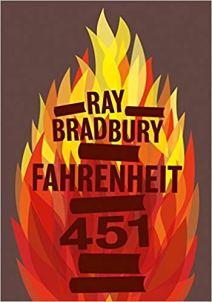 In the summer of 2015, I had the privilege of covering the World Science Fiction and Fantasy Convention, colloquially known as WorldCon, for Yes! Magazine. I was there mainly because I had written an opinion piece for the magazine’s website about the controversy over the 2015 Hugo Awards (if you’re interested, you can read that article here). But as focused as I was on the awards story, I was also just really excited to go to WorldCon. I consider myself a pretty big sci-fi fan, and I had never been to the genre’s biggest convention before. I looked forward to a full weekend of immersing myself in the culture and history of something I’ve loved since I was a kid.

And then I realized something. My research on the Hugos, combined with the interviews I had conducted and my experiences with fans and panelists at WorldCon had finally driven home a single, undeniable fact: I don’t know a goddamn thing about science fiction.

I probably should have recognized this when writing the opinion piece (turns out I’ve been way more of a fantasy guy my whole life, could’ve seen that one coming), but no, going into WorldCon, I somehow still honestly believed I was a well-read sci-fi connoisseur. Until I interviewed author Jo Walton and read her series on Tor.com detailing the history of the Hugos, which was packed with information about books I’d never read and authors I’d never heard of. Until I attended panel after panel full of fascinating speakers whose work I had never encountered. Until I was standing face to face with Joe Haldeman, a legend in science fiction, and realized I had nothing to say to him, because I hadn’t even gotten around to reading The Forever War. The Forever War! That book is right up the alley of a progressive, message-driven sci-fi fan like me, Haldeman’s anti-war response to the militarist philosophy of Starship Troopers…oh shit. I’ve never read Starship Troopers. Um…the movie was good?

I could go on about all the Hugo winners and nominees I’ve never read, but I don’t want to embarrass myself. Not yet, anyway; we’ll get there when we get there. The point is, like a lot of young-ish lovers of sci-fi, there are a whole lot of very famous, very important works in this genre that I know all about, but have never read. And as somebody who has actually been paid, with real money, to write about science fiction (through an admittedly ultra-progressive lens), I feel that this absolutely has to change. Not just for the sake of my credibility, but for the sake of my own development as a writer, and more importantly, as a reader. Orson Scott Card’s Speaker for the Dead is my favorite book because of the moral and intellectual themes at play, as well as the story. But how can I say that when, if anyone asked, I would also be forced to admit that I’ve never actually read The Dispossessed?

In this moment of clarity, I realized that what I needed was a reading list. And what better reading list than the list of Hugo Award winners for Best Novel? Sure, it won’t be totally comprehensive, but come on. I only have so many years left in my life; I don’t have time to consume literally all great sci-fi ever written. But reading the Best Novel winners would at least be a start on my road to at least a cursory education in the history of science fiction. That said, I don’t just want to read these books. I want to digest them. I want to think about them, deeply and thoroughly. And for me, the best way to think about something is to write about it.

With that in mind, I launched The Book of Hugo Project, a series of essays written by me as I chronologically read every book to ever win the Hugo Award for Best Novel. Now, real talk — I launched this thing in 2016, and I’ve still barely scratched the surface. But I do plan on continuing, albeit at my own (snail’s) pace, and this page right here is the home for everything I have written and will write about the Hugo winners. I appreciate the patience of anyone who has ever read my work and wanted more — my writing style doesn’t lend itself to short posts, and getting through these books can take a while when Life Things are figured into the equation — but at least now there’s other content on this site for you to look at, if you care to, while you wait.

So, welcome! Come on in, click a book cover to see my posts about that book (or don’t because it’s not a link yet, because my posts on that book don’t yet exist). Hope you enjoy yourself, and maybe think about some stuff in the process.

The Book of Hugo Project