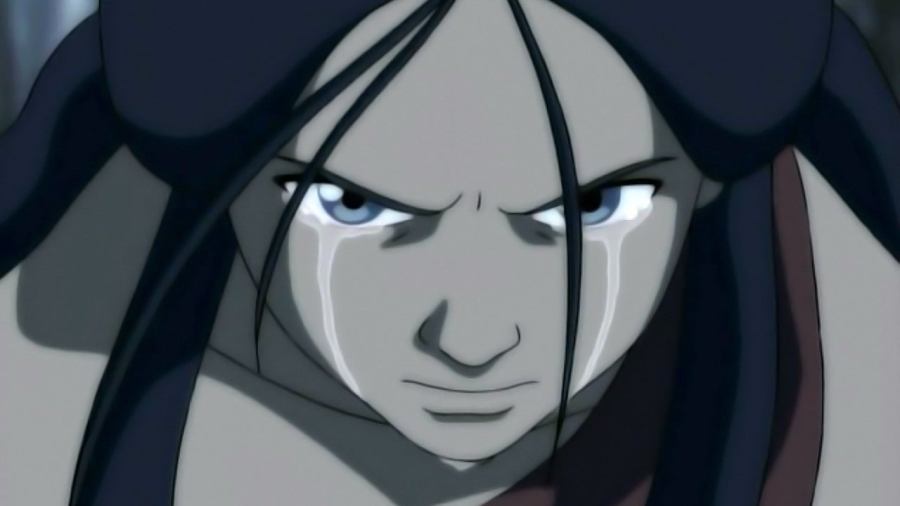 Recently, after weeks of Netflix binging, my wife and I finished watching Avatar: The Last Airbender. I had never seen it before, and overall, yeah, pretty good show. And normally, I’d be able to just kind of leave it at that. But Avatar isn’t supposed to be a pretty good show. Avatar is supposed to be an amazing show. It’s a show that is still celebrated today as one of the great works of animated television. When Game of Thrones ended and everyone was mad about it, I saw a lot of people recommending Avatar as an antidote. And specifically, they were recommending it as an epic fantasy story that sticks the landing. As I was going through the show, I was having fun, sure – it’s a really cool world populated by some absolutely superb characters. But I wanted to get to the end, because the ending of a story tells you so much about the story as a whole, and because I had heard so much about the ending of this particular story.

And it turns out the ending of Avatar is…not great.

I can already hear the sounds of a thousand die-hard Avatar fans slapping their hands to their foreheads. Look, I don’t enjoy this any more than you do. I wanted to love this. And I’m definitely not doing this to take a dump on your nostalgia. But as an adult watching this show in 2020, I think the ending is a near-total failure on multiple levels, to the extent that I’m fascinated by all the different ways in which it doesn’t work. This isn’t just any bad ending – “Sozin’s Comet”, the final 90-minute episode of the series, relies heavily on deus ex machina, actively undermines the show’s themes and characters, and shows a shocking disregard for the idea of set-up and payoff. I’m not analyzing this because I want to make Avatar fans feel bad – I am an Avatar fan, and I felt really let down by this. And the show as a whole is good enough that it’s worth exploring what went wrong.

(Incidentally, I’m assuming that if you’re reading this, you’re already familiar with the show and the characters, so you’ll forgive me if I don’t attach an explanatory rider sentence to the first instance of every name or plot element, and just in case you’re skipping to the words in all caps, SPOILER WARNING FOR THE ENTIRELY OF AVATAR: THE LAST AIRBENDER.)

END_OF_DOCUMENT_TOKEN_TO_BE_REPLACED 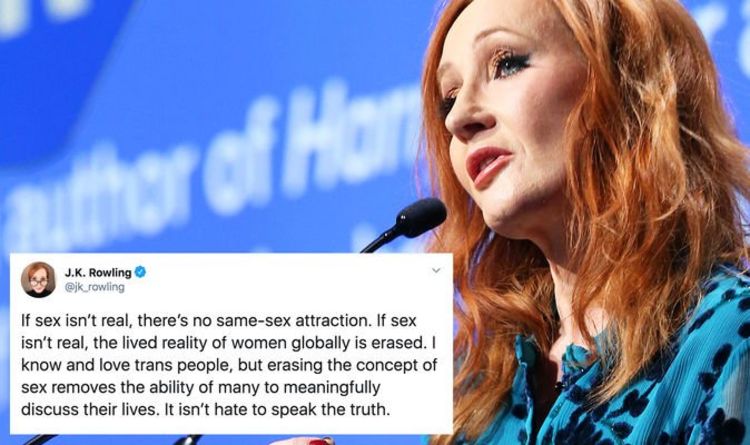 Over the last several weeks, JK Rowling, billionaire author and creator of the Harry Potter franchise, has sparked a wave of controversy among her own fanbase. Progressive fans who had been paying attention were already aware of Rowling’s forays into transphobia (which had been carefully, though unconvincingly, spun by Rowling and her agent as accidental) but it’s now impossible to ignore after Rowling produced a manifesto that officially outed her as a voice of the so-called “gender critical” movement. Of course, there’s already a term to describe the type of person Rowling clearly is – TERF, an acronym for “trans-exclusionary radical feminist.” This is a person who sees herself as a progressive due to her feminist values and beliefs, but refuses to extend those values (or indeed, basic human respect) to trans women (or indeed, trans people in general). Despite her objections to the term, Rowling fits this description perfectly, and her insistence on couching her transphobia in the language of an abuse survivor trying to protect the rights of women gives her away.

It’s been pointed out that Rowling is hardly the first popular author to disappoint her progressive fanbase with beliefs that are both hurtful to marginalized communities and clearly inaccurate. Orson Scott Card, for example, author of the Ender series, has come up a lot in these conversations. People talk about “taking back” Harry Potter from its author, or continuing to celebrate the work while downplaying Rowling herself. But Harry Potter is no ordinary series, and Rowling is no ordinary problematic creator. There’s an entire generation (of which I am very much a part) that not only grew up with Harry Potter, but used Harry Potter to help them form their own system of values and beliefs. These are people who have made their Hogwarts house and the form of their Patronus into core pieces of their identity, people who will gladly credit the Potter franchise for shaping their progressivism. And unlike Card, who has never made a secret of his deep-seated homophobia, Rowling has embraced her position as a leading light of the left, using her platform to advocate for liberal political causes and, more prominently, against conservative ones. As a result, the language of Harry Potter has entered the political lexicon of progressives, particularly in the age of Donald Trump, who has been compared to the villainous Lord Voldemort endlessly for the last four years, even by Rowling herself.

So if you’re a progressive Potter fan, the transphobia hurts. It feels like a betrayal, not only by the person who crafted a story that was formative in your youth, but by someone who you thought was a high-profile ally in the fight against bigotry and ignorance. This isn’t just something you can explain away, a creator you can pretend doesn’t exist. The author of one of the most influential works in modern history has sorted herself into House TERF, and we have to look that in the face and deal with it. This is not the time to circle the wagons and defend Harry Potter because it’s important to us. This is the time to reassess something that has become an important part of who we are, to look at it again with fresh eyes, with an adult perspective, and determine if it can continue to be part of our identities as progressives. And I’m sorry to be the one to say this, but when I go back and look at Harry Potter, I see a lot of things that make me think it’s time to let the series go.

END_OF_DOCUMENT_TOKEN_TO_BE_REPLACED

When I first heard about The Shannara Chronicles, I will admit to probably being too optimistic. I mean, we were still talking about MTV, after all. But I wasn’t the only one, and I had some good reasons. The Smallville guys were writing it, the Iron Man guy was producing it, and Terry Brooks, the author of the series on which it was based, a man famous for refusing to let movie and television people get their hands on his story without damn good reason, was personally involved in the creative process. Beyond that, as previously mentioned, the book being adapted was The Elfstones of Shannara, arguably the best novel in the entire series. There was reasonable cause for hope.

Still, it took me over a year to get around to watching the first episode. During that time, I learned that the show had been greenlit for a second season, which was good. I also learned that it had made its way to Netflix disturbingly quickly, which was bad. Finally, at long last, I convinced my fiancée to sit down with me and watch that first episode, practically praying that it be good enough, at least, that she’d consent to watch the next one.

As it turned out, that wasn’t in any way a concern. Because I myself had no interest in watching the next episode, still haven’t, and probably never will.

END_OF_DOCUMENT_TOKEN_TO_BE_REPLACED

There was a time (a very short time) when it looked like Terry Brooks’ Shannara series was finished way back in the 90s. In 1997, after the release of the stand-alone prequel The First King of Shannara, Brooks departed the world he’d spent 20 years building for a different trilogy, which came to be known as The Word and the Void. It was his first true work of so-called urban fantasy, a story that certainly involved magical creatures and events, but was set in the modern United States as opposed to a fictional world like Shannara. It was also written on the smallest scale Brooks had ever used, forsaking the “traverse the lands and fight the all-threatening evil” motif of high fantasy in favor of one person’s relationship with a hidden magical universe and the people who, like her, are aware of its existence. The heroine is Nest Freemark, an incomparable female protagonist, and even Brooks’ trademark time-hopping is confined to a few years instead of decades or centuries, as Nest ages from book to book, going from 14 to 19 to 29. It is a phenomenal trilogy that, more than anything else, demonstrated Brooks’ ability to write outside the confines of Shannara or epic fantasy in general. With the original Shannara trilogy and follow-up Heritage series having been seemingly capped off by the prequel, The Word and the Void seemed to indicate that Brooks was finally moving on.

END_OF_DOCUMENT_TOKEN_TO_BE_REPLACED

I’m moving right along through Heinlein’s Double Star, but during the break between Hugo essays, it’s time for this blog to take its maiden voyage into one of my personal great literary loves: high fantasy. This year marks the 40th anniversary of the publication of Terry Brooks’ The Sword of Shannara, and the launching of a fantasy series that remains ongoing after four decades.

If you’ve never heard of the Shannara series, I can’t say I’m surprised, particularly if you’re on the younger side of the fantasy reader spectrum. Brooks and his work haven’t gotten a whole lot of love during the Internet Age. I’d like to believe that there’s a large constituency of fantasy nerds who read that first book, didn’t like it, and never read any more, but the truth is probably that there’s a large constituency of fantasy nerds who never read the first book, but heard it was a Tolkien rip-off that had never been turned into a popular movie or TV show and dismissed the entire series out of hand. As a result, mention that you’re a Shannara fan in most online fantasy circles and you will invariably be shouted down by people with suggestions for the good fantasy series you should read instead.

To indulge in the sort of profanity I usually try to avoid on this blog: Fuck those people. Over the course of this week, Universes of the Mind will be celebrating Shannara’s 40th birthday as only a lifelong fan could, and it’s only appropriate to start with an explanation of why it’s the most important fantasy series you’ve never read.

END_OF_DOCUMENT_TOKEN_TO_BE_REPLACED

The Book of Hugo Project